The Madness of the King’s Children 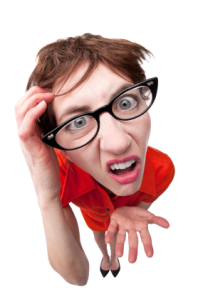 After hearing it over the radio, I needed to see it for myself. The host of this Christian program said I could go online and check it out. He spoke of one Todd Bentley, an ‘evangelist’ (I use the term very loosely), down in Florida who said that the Holy Spirit had instructed him to thrust his knee into the stomach of a man suffering from colon cancer in order to remove the cancer. As you mull that over in your mind, I will tell you that when I first heard that, I was grieved in my spirit. To lie against the Spirit of God, and make him part and parcel to his own personal madness. I mean, it is madness isn’t it? I did go home and watch online this ghastly act by this ‘man of God.’ He said that when he’s dealing with

cancer it’s necessary to drive it out and that he needed to be ‘obedient’ to the Spirit of God. This same man testifies to the fact that God instructed him to kick a woman in the face to heal a tumor in her leg. Madness. I can and will say no more about him. I’m grieved as I write.

There are many other words and acts of madness being perpetrated by men and women of God among God’s people. In most cases, they are well meaning pastors and leaders, who have the trust of their congregations. The congregation in turn buy into many of the false words and actions of their leaders. When the leader says that they ‘had a dream’, or God spoke to them ‘and He said…’, it is immediately scooped and eaten up as from the Lord, no questions asked. The thinking is, ‘After all, he or she is the man or woman of God and they know.’ Sounds plausible. But not so fast.

Case in point. I was in a service at a particular church some years back. Several individuals had come from another church with instructions that we needed to drink some concoction that someone had dreamt about in order to protect us. Protect us from what I don’t know. Was the dream from God? Do I need to drink something in order for the Lord to protect me? Am I supposed to fall in line and do this thing, just because it was spoken by reputable leaders sanctioned by the pastor? I sat and watched incredulously as the cups were passed out, and the mixture was poured. They prayed and everyone drank. Except me. I refused a cup. I was grieved. It was madness. Let me explain what I mean by madness. By madness I simply mean the crazy, ridiculous, unnecessary and in nearly all cases, unscriptural things Christians do and say and pass off as ‘of God.’

Here’s a statement I heard that perfectly fits this description of madness. I was in a bible class at another church where the teacher made a statement to this effect: He said (get ready for this) when a preacher sweats and wipes his brow, those tissues or napkins should not be thrown away because they can be used to pray for the sick. Good night! I wrote it down so I would never forget that slice of lunacy. Unfortunately, there are those who believe that if I am ‘in the Spirit’, and my sweat is transferred to you, or if I even touch you, now you have my anointing. Madness. Show me scripture. I had a woman tell me years ago that when she was in church, she would stand next to certain people so that the Spirit could ‘jump on her.’ When has the Holy Spirit ever jumped on anyone? Madness.

When people have another authority other than the Word of God, they will slowly slide into this madness that I speak of. When faith is placed in a dream or an experience, or I have an unhealthy trust in any person, that they cannot be wrong, there is a strong likelihood that they will falter at some point in time. No one would like to admit it but we place more faith in the man of God than in the Word of God, else how do folk wind up listening to and obeying some of the unscriptural things they spout?

I could cite several other examples of things I’ve seen and heard over the years that can be construed as madness. Suffice it to say, we need to be sure that we know in whom we have believed. We need to be sure that scripture and scripture alone is our final authority. If what you say or if what you do does not line up with it, then I am not in agreement with it. Thy word is a lamp unto my feet, and a light unto my path. (Psalms 119:105). Thy Word. Nothing else will do. Let’s stop the madness.

That’s the Word! Take it with you. God bless you.

Rev. Michael Jakes is an Associate Pastor at Bethesda Church of God in Christ. He is active in youth ministry and is also the founder of, along with his wife of That's The Word! Ministries, a ministry dedicated to the preaching and teaching of the Word of God. He also hosts several podcasts, including 'Cutting It Right' and 'The Bible Speaks Live!' He and his wife reside in Brooklyn, New York. View all posts by Pastor Michael Jakes

One thought on “The Madness of the King’s Children”